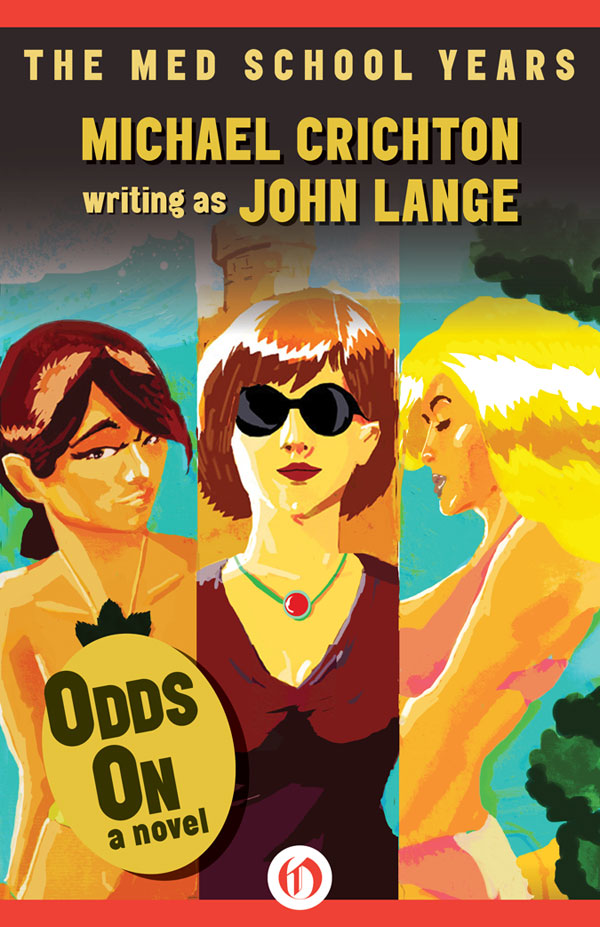 Odds On: A Novel

They thought their daring hotel robbery scheme was airtight, but three men are about to learn that nothing is that simple at the Hotel Reina . . .

To rob the finest resort in fascist Spain, three Americans need to blend in among the Mediterranean elite. And to do so, they will each need a gorgeous girl as cover. They find a depraved millionaire, a drug-addled nymphomaniac, and an assistant hotel manager who enjoys mingling with her handsome guests after hours.

The would-be thieves have used an IBM supercomputer to plan the perfect heist. Their crime has been calculated to the last detail, with every possible contingency planned for, save one: the women. The Hotel Reina is crawling with femmes fatales, and these crooks will be lucky to escape with the shirts on their backs.

This ebook features an illustrated biography of Michael Crichton including rare images from the author’s estate.

Michael Crichton (1942–2008) was one of the most successful novelists of his generation, admired for his meticulous scientific research and fast-paced narrative. He graduated summa cum laude and earned his MD from Harvard Medical School in 1969. His first novel, Odds On (1966), was written under the pseudonym John Lange and was followed by seven more Lange novels. He also wrote as Michael Douglas and Jeffery Hudson. His novel A Case of Need won the Edgar Award in 1969. Popular throughout the world, he has sold more than 200 million books. His novels have been translated into thirty-eight languages, and thirteen have been made into films.