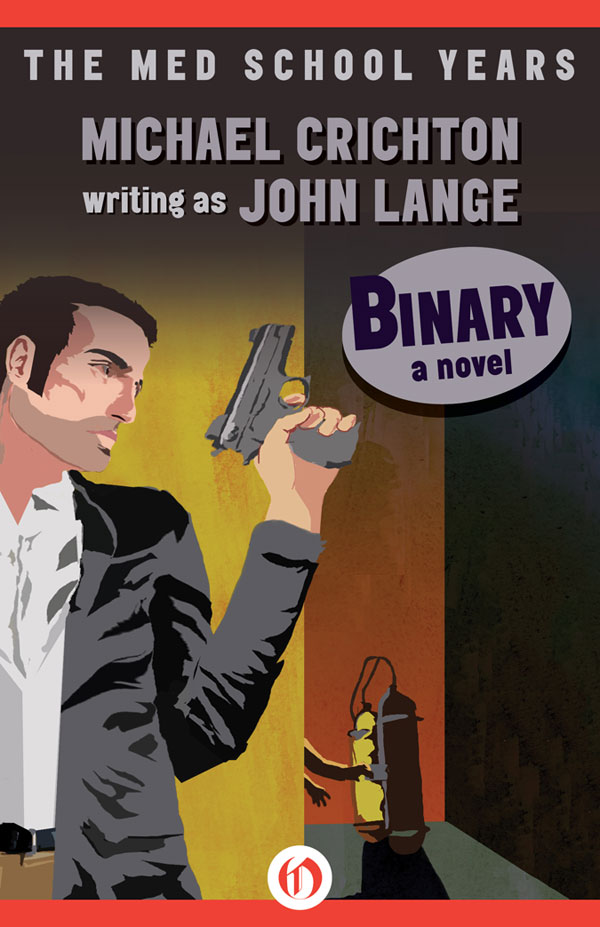 When a nerve gas shipment goes missing, the nation’s fate hangs in the balance

John Graves is a State Department intelligence agent who made his name on the front lines of the Cold War. Since then, he’s been transferred to domestic work, and his love for the job has withered away. All that sustains him is the hunt for John Wright—a crazed millionaire who is about to unleash the greatest domestic threat Graves’s agency has ever faced.

When seven mobsters rob a U.S. Army train in the middle of the Utah desert and make off with half a ton of the deadliest nerve gas known to man, Graves believes that Wright is involved. His plan: to detonate the weapon in San Diego during the Republican National Convention—an attack that would kill more than one million Americans, including the president. Stopping Wright will take more than police work. It is a chess match between agent and madman, and for Graves, checkmate is not an option.

This ebook features an illustrated biography of Michael Crichton including rare images from the author’s estate.

“After you’ve read the first page, you’ll want to read on to the last.”—The Wall Street Journal

Michael Crichton (1942–2008) was one of the most successful novelists of his generation, admired for his meticulous scientific research and fast-paced narrative. He graduated summa cum laude and earned his MD from Harvard Medical School in 1969. His first novel, Odds On (1966), was written under the pseudonym John Lange and was followed by seven more Lange novels. He also wrote as Michael Douglas and Jeffery Hudson. His novel A Case of Need won the Edgar Award in 1969. Popular throughout the world, he has sold more than 200 million books. His novels have been translated into thirty-eight languages, and thirteen have been made into films.